The story and idea of ​​creating a doll: Michael Jackson … His name is known all over the world. For many, he remains the brightest and most mysterious figure who left a wide mark in the musical history of mankind. Much has been written about him, many films have been shot, many myths have been created, fantasies and gossip by ruthless journalists … But I want to share with the viewer what I was able to discover through a long and careful study of his personality, through the prism of his creative heritage, which he left to the world. My work is an attempt to recreate a true and truthful portrait of a person , to deduce your own assessment after a long and close study, to characterize an accurate portrait of a person, instead of that distorted and ugly portrait that the media draws … I always liked working on creating a portrait. This is an attempt to look into the world of the hero’s thoughts and feelings, to discover the most intimate clues hearts and convey this in a portrait, which is why it is always a very difficult process and a difficult task for an artist. to look into the heart of the master, studying his work. But nothing speaks so expressively about the inner and moral state of a person’s soul as his gaze. I would like to find flowers of rare beauty in people more … Why in other people one can feel enchanting poetry that comes from just one look, movement, voice. There are many beautiful people, but you can rarely see the sublime and subtle beauty. This is the beauty that comes from the heart, which does not lend itself to either vulgarity or immorality found in modern society, but has a deep inner spiritual core. Next to such people one wants to become better and nobler. This is the Lord speaking through them … That is why the world needs such people! To shine in darkness with its pure light! This is that beauty that uplifts and ennobles! “Heal the world!” / “Heal the world!” – Michael left his message to humanity in his composition of the same name, calling people to fight world poverty, hunger, violence, disease and war. Therefore, Michael for me is an example of spiritual fortitude, faith and the embodiment of mercy, compassion, love and sublime beauty in the 21st century.

Single copy.
Price: not for sale 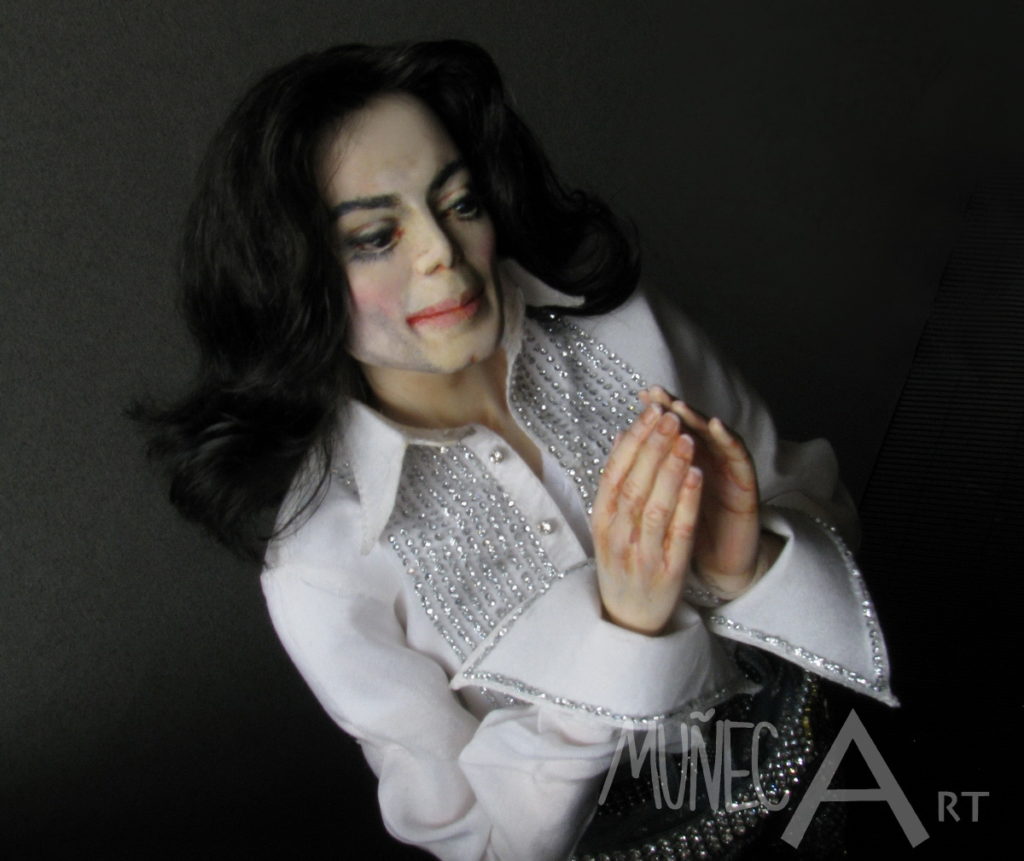 This articulated, portrait author’s doll 38 cm high is made of FLUMO in a single copy. Painting and toning of the doll is done with acrylic, watercolors and dry pastels. The eyes are painted. The paint layer is fixed with a protective UV-varnish “Mr. super clear”. The doll has 20 hinges glued with genuine leather, assembled with an elastic band for BJD dolls. A silicone-based goat hair wig. Clothes, shoes, a wig are removable. The suit is made of natural silk, denim and knitwear, decorated with jewelry rhinestones. Shoes are made by hand from decorative fabric and polymer clay. The toilet of the costume includes a blouse, jeans, underwear, a T-shirt, accessories (2 belts), shoes, socks. This is the author’s debut participation in the exhibition of an author’s doll and the work is presented for the first time.

Made in a single copy. Created in December 2019. Not available for sale. 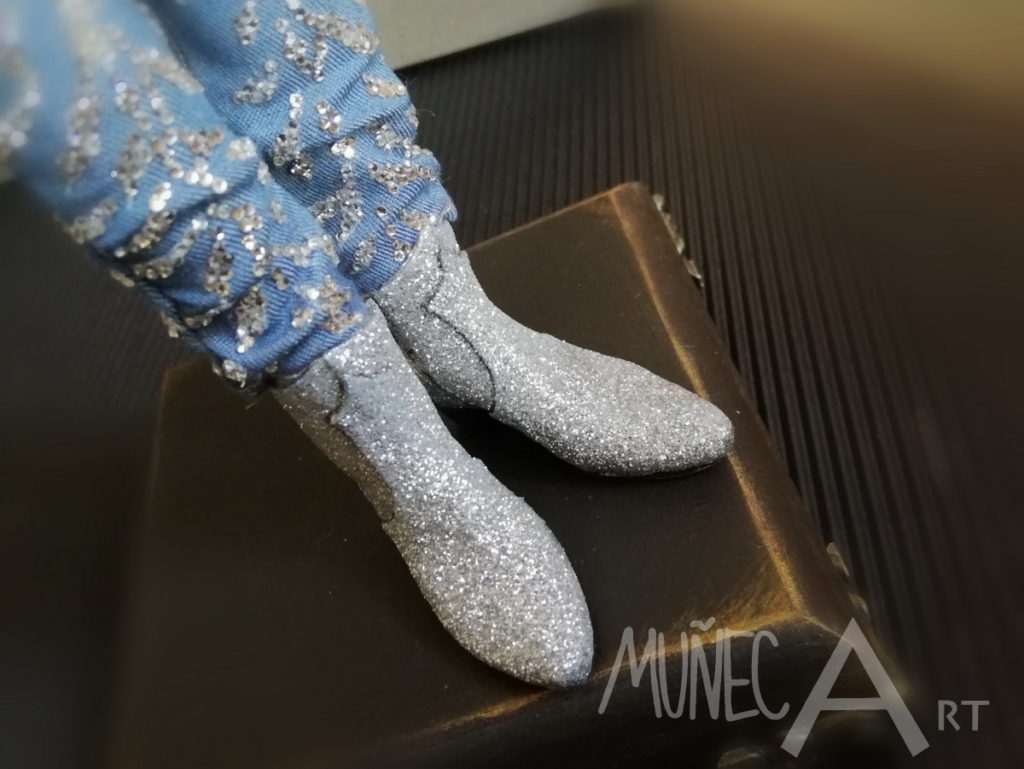 My artistic experience was gained over many years, at the very beginning it was the years of study at the art school in Cheboksary, the Chuvash Republic, then they continued within the walls of the Repin Academy of Arts in St. Petersburg, where I studied theatrical and decorative art In addition to the main academic disciplines: drawing, painting, composition, art history. She participated in many art exhibitions in the halls of the Academy of Arts, in the Union of Artists in St. Petersburg and in other cities of Russia. As a student, she had little experience working on theatrical performances. at the moment, my main field of activity is in the theater workshop as a specialist in the artistic decoration of theatrical and stage costumes. My lively and real interest in the world of author’s dolls manifested itself in the spring of 2019, after I took courses on creating a ball-jointed doll, which I conducted a wonderful, talented artist of designer dolls Irina Fomina at the art site the club and school “CHOOKLA” in St. Petersburg. The creative, lively atmosphere of the studio and communication with numerous talented artists of dolls and bears influenced me in many ways, and developed an even stronger desire for further development in this artistic direction. I really love portraiture a genre in art, which I have always been interested in, and my desire to create portraits remains unchanged today. But in painting and in drawing I do not find that complete finished form of expression in creating a portrait, which gives the creation of an artistic portrait doll. This is three-dimensionality of form, an illusion the realism of the image and the transmission of the strongest emotional impact on the viewer. Working on the doll, in the process itself something mystical and magical is felt. The doll ceases to be a doll: a real and living person appears in front of you.