My creative world is a huge oak tree where fabulous creatures live. They are half children, half beasts. Fantastic creatures live here next to real ones. And everyone lives in peace, in heavenly love. Oak gifts generously feed and adorn all creatures living on it. The Mermaid from Oak Paradise is a transformer girl. She transforms from a girl into a mermaid, changes her eye color and can hypnotize with her three eyes. She needs an eye made of agate stone to heal and instill happiness in souls. After all, “agate” in translation from ancient Greek means “happiness”. 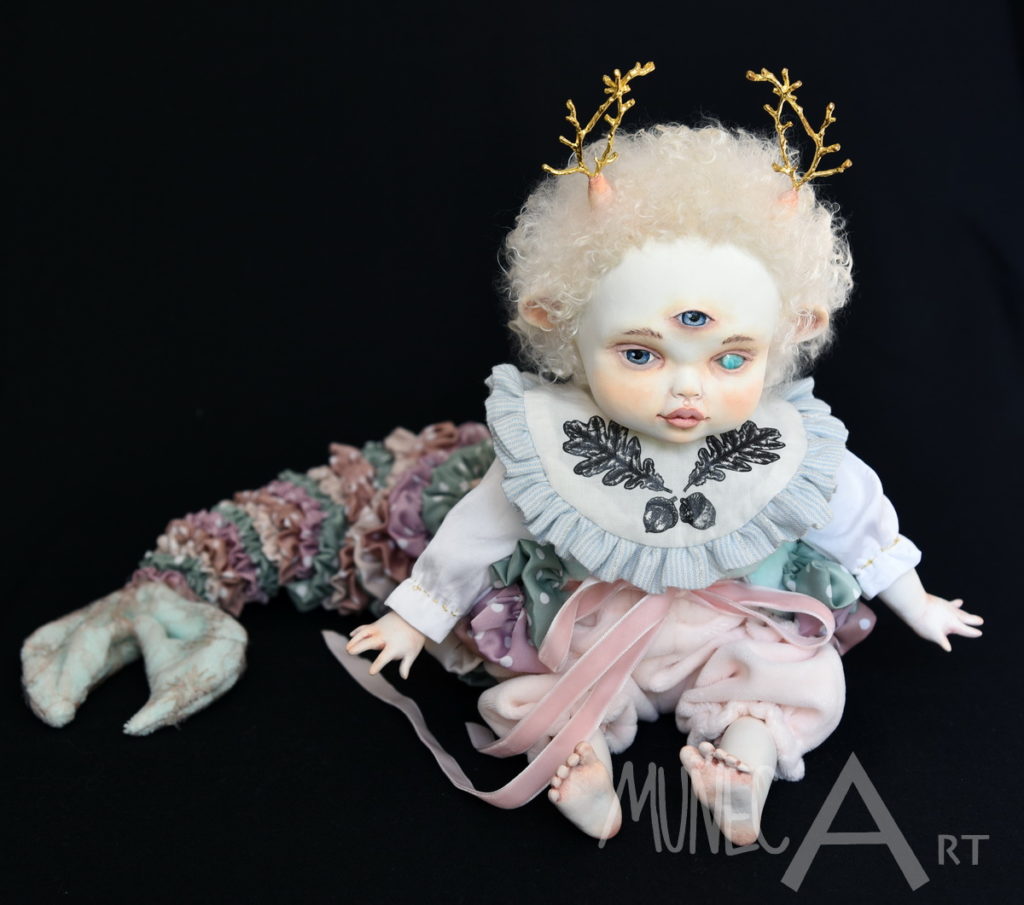 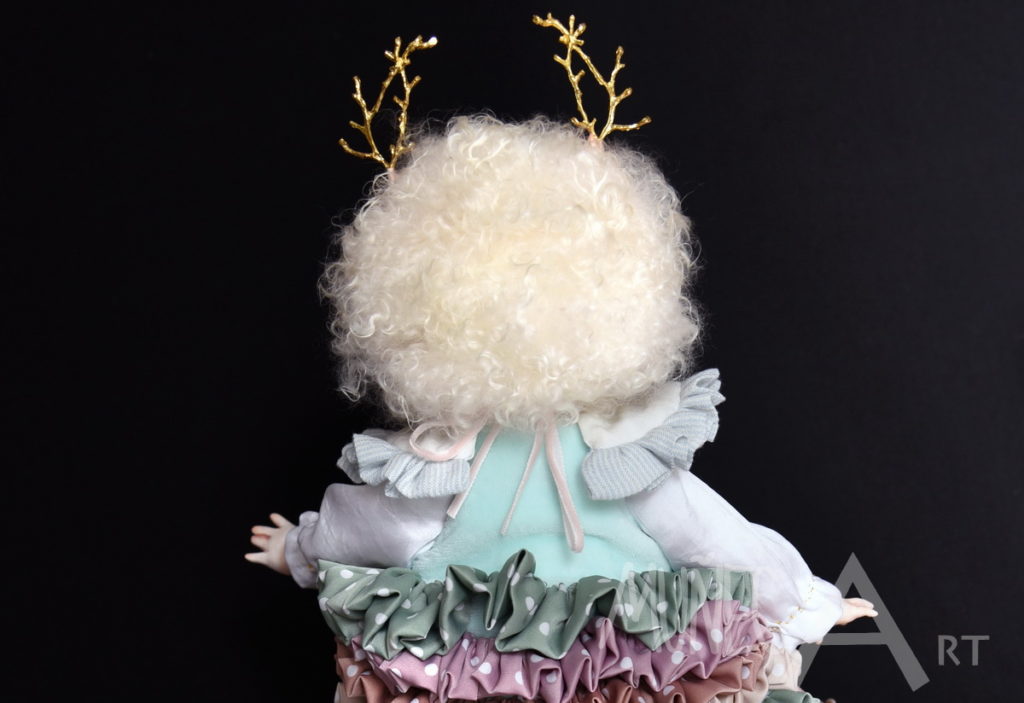 An eccentric mermaid girl. She looks like a jester, always makes the audience laugh and amuses, winks at passers-by and rings the bells of acorns on her horn. She is the favorite of the inhabitants of Oak Paradise. Nature endowed her with insight and dexterity. She can climb trees and dive into the depths of lakes thanks to her mermaid tail. Her pockets are full of twigs, with which she draws pictures to the kids for fairy tales that she comes up with herself. 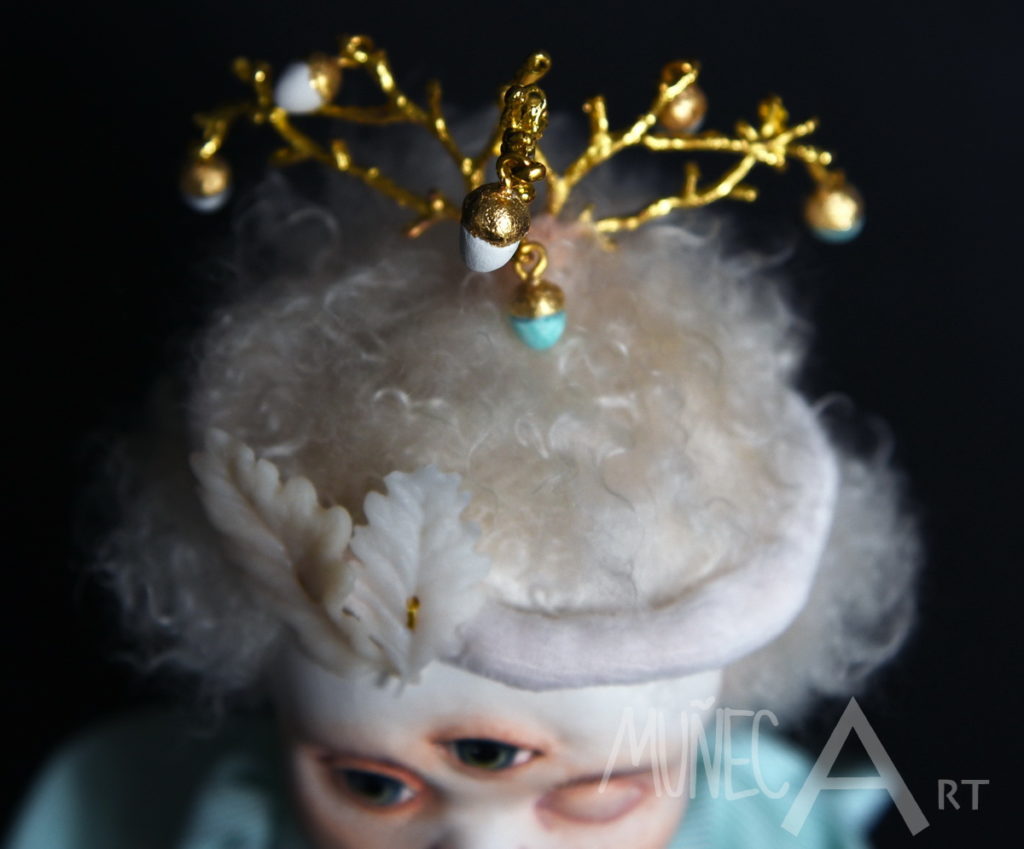 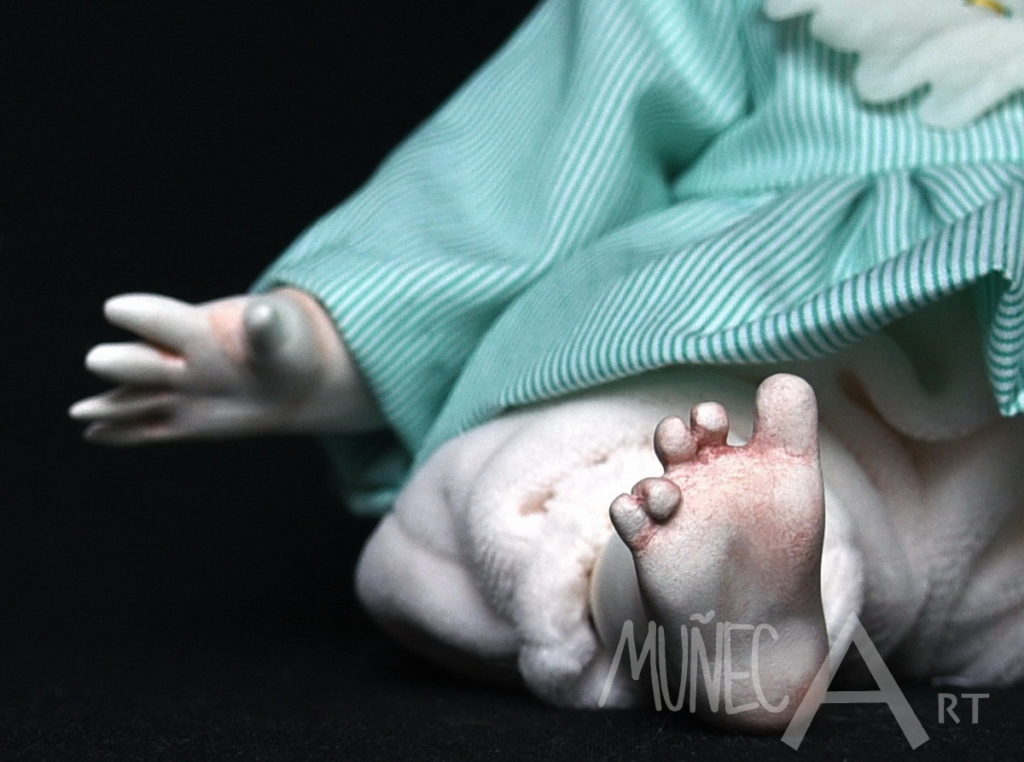 Dryad of Oak Paradise. She is weightless, she can fly. Silva helps lost strangers find their way home and generously presents them with acorns and Oak leaves. Birds are very fond of Silva, show her their nests and trust their chicks. 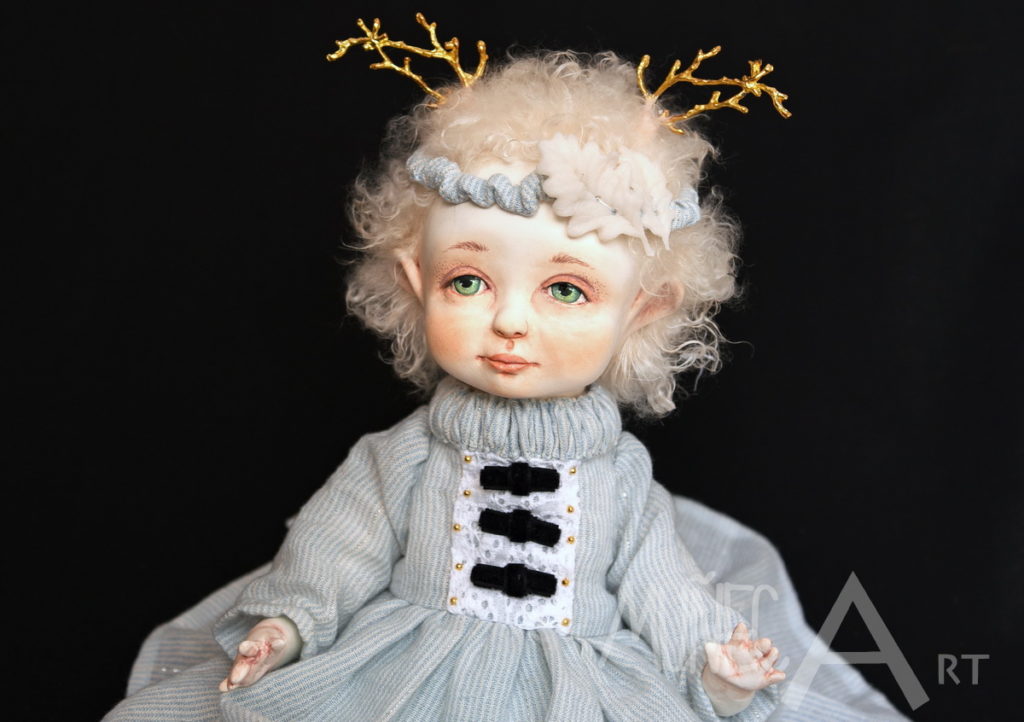 Short biography: After graduating from art school, she entered the university with a degree in Architecture. She began to study art dolls in 2013.

She took part in 24 international exhibitions (in person and in absentia).

She won the first victory and the “Audience Choice Award” in the competition at the exhibition “Farbs of the Soul” in Minsk (Belarus) in 2014.

Received an award at the exhibition “Panna dollya” and a winner’s diploma in the nomination “Textile doll” in Minsk 2014.

She won two victories in the nominations “Pumpkin Head Doll” and “Imagination Game” in 2014. at the exhibition “Time for dolls No. 13” as part of the competition “Doll of the Year”.