Snails are slow creatures, and so are Pono. He is never in a hurry and does not tolerate unnecessary fuss. “If you are in a hurry, you will not get pleasure from what you are doing …” – Pono likes to say. And sometimes it seems to me that he is right. Tamo the moth loves to look at the sky. But he goes on a flight only at night. When the crickets play their violins, Tamo dances in the moonlight. But he doesn’t always dance alone. Ula sometimes flies with him and then the dance for some reason becomes sunny, not lunar. Materials: papier-mache, textiles, sawdust, glass granulate. The painting is made with acrylic paints.

Ula’s fly is silent, but still very noisy. Probably because she is interested in everything. When Ole is curious, she looks. And you feel her curious gaze, even if she makes no noise. 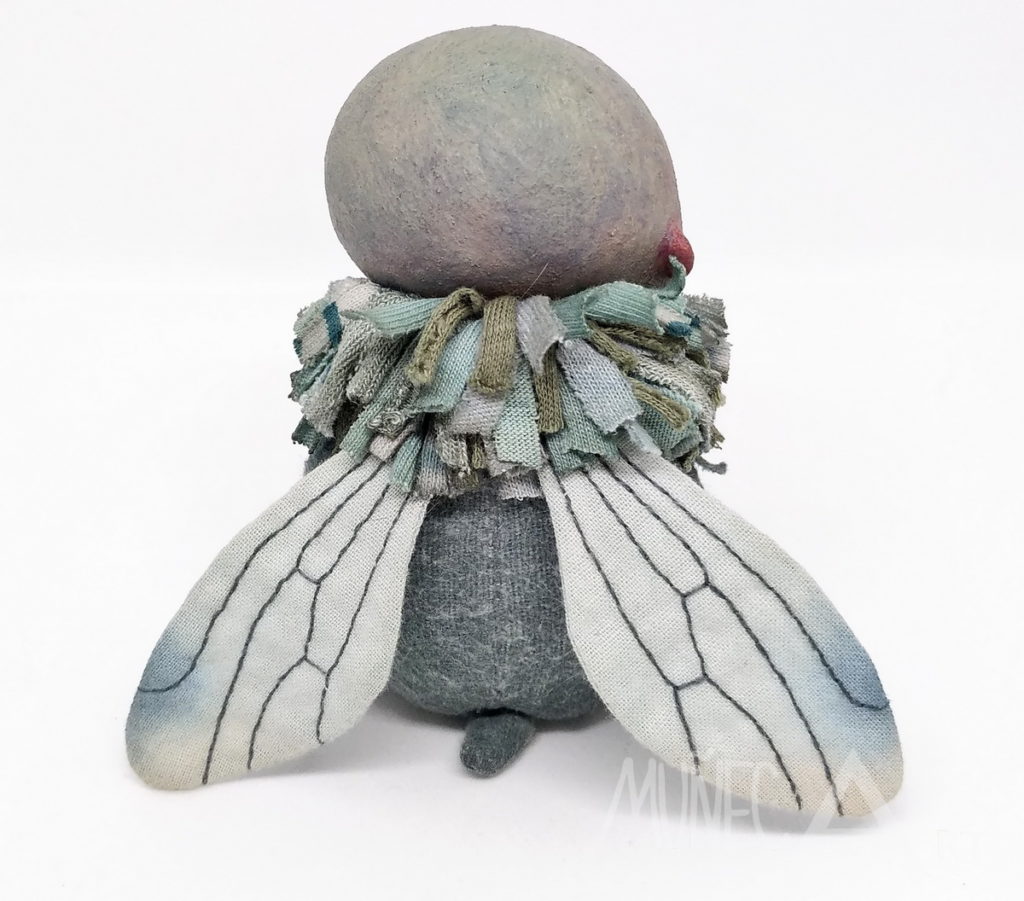 Materials: papier-mache, textiles, sawdust, glass granulate. The painting is made with acrylic paints.

My doll story begins in 2010, when, after graduating from the institute with a degree in Fine and Decorative and Applied Arts, I took up an author’s doll. My first dolls, funny people from fairy tales, were static. I made them from self-hardening plastics.

In 2013, she tried herself in a ball-jointed doll and created a smiling gilly doll. For her I received an award in the Other Dolls competition and got into the catalog of the same name. I still make similar jilly dolls out of porcelain, they are very popular.

In subsequent years, I took part in puppet exhibitions in Samara and Togliatti. And in 2016 she became the curator of the exhibition “The Face of an Old House”. The dolls at home, which I made for this exhibition, were included in the magazine “Doll Master”. In the same year, I almost completely switched to play dolls made of papier-mâché and porcelain. In dolls that can be hugged, I saw a magic door to childhood, which I can open for my viewers.

Since 2017, I started going to the international exhibitions “The Art of Dolls” in Moscow.

In 2018, she took part in the Pandora Platinum competition and, although she did not win the statuette, she collected many award certificates.

Since 2020 I have been participating in the Spring Ball of Dolls exhibitions.